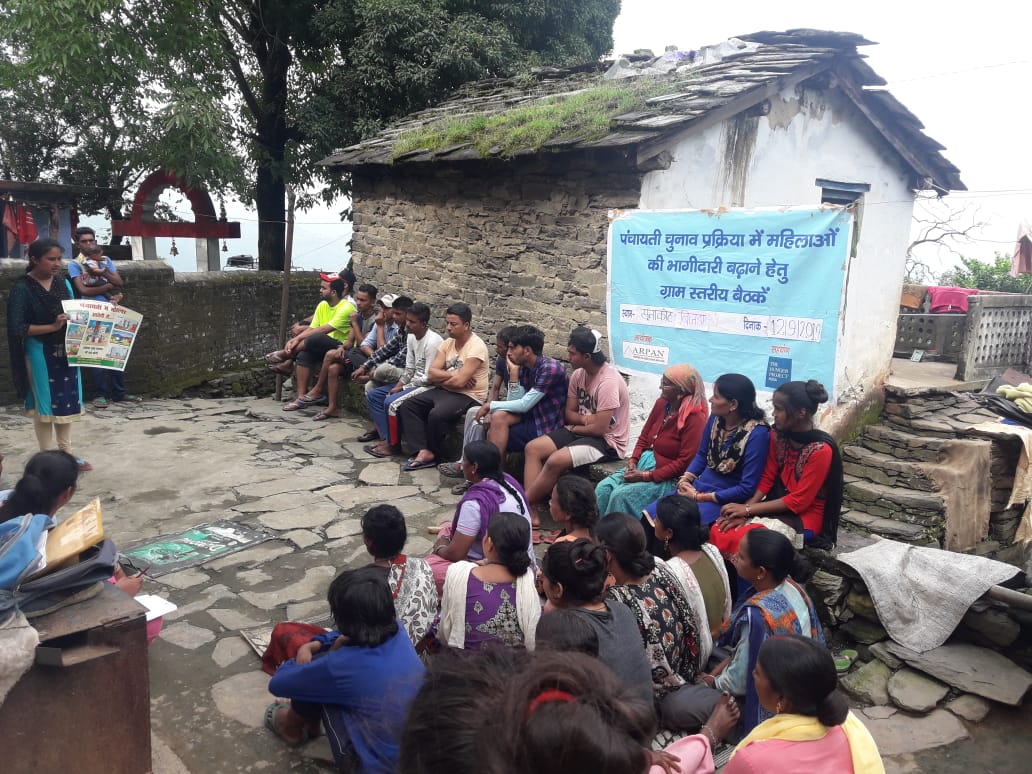 ARPAN engages with elected women representatives in panchayati raj institutions to strengthen them for a meaningful and dignified space in the political arena. The 50 per cent reservation in PRI has given rural women an opportunity and the organisation supports them to utilise the opportunity at its best to improve the all-round status of women in the society.

Panchayati Raj elections were held in December 2019 under the 73rd Amendment Act. ARPAN with the support of The Hunger Project carried out the SWEEP campaign (strengthening women empowerment through electoral process) in three Blocks of District Pithoragrh, Uttarakhand.

More than 5,000 people were covered under the campaign.  Women were motivated to contest elections and avail the opportunity given to them through 50 per cent reservation for them. The impact of campaigns, dissemination of information through IEC, workshops and meetings was very encouraging.

In the intervention area 74 per cent women were elected as panchayat representatives, and around 200 elected women attended the different capacity building workshops organised by ARPAN and THP.