Journey from Subsistence Agriculture to Sustainability 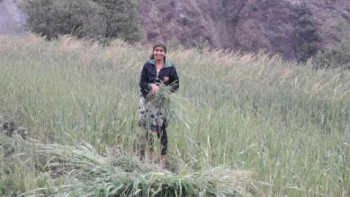 Tanuja, a 27-year-old Dalit woman farmer from village Gaira Gaon, Baluakot, lives with her husband, father-in-law and two children. Husband Kesar Ram was working in a Hotel in Bangalore since past five years. During lockdown he lost his job and was not being able to return home due to high expenditure on travel. Kesar managed to come back home after Tanuja sent the saving from home. Since then he is home.

The family has 0.201 hectare of land, where they harvest food grain and vegetables. Tanuja says, “Cash money is required for many necessary work, for which my husband used to send from his earning, but now I am able to raise money after our collective work.” Tanuja along with 20 other fellow women farmers formed a collective in 2017.

Then their livelihood was limited to subsistence agriculture. The produce was just enough for 2-3 months only. Impact of climate change on agriculture, poor crop yield due to pesticides, no reach to government schemes and most of the lonely struggle. Inputs (knowledge, exposure, skill development and value addition) resulted in encouraging outputs like access to government schemes, increased, quality production and marketing of their produce. The collective managed to get work under NREGS for construction of two irrigation canals, eight goat sheds and ten cowsheds. 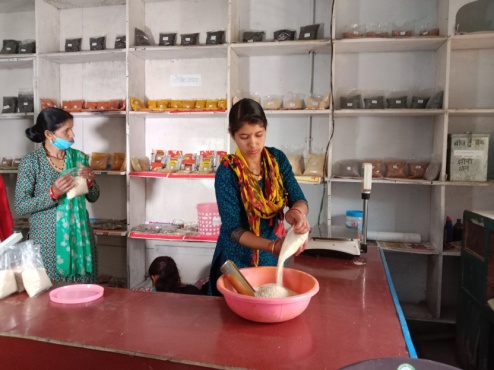 Tanuja expresses her views thus: “Systematic and planned collective work has resulted in sustainable structures like the seed bank, from where every woman has access to seeds. We have a space and medium for marketing our produce – this has enabled us to move towards sustainability.”

Women farmers has been able to raise their household income to more than 20 per cent, besides availability of fresh vegetables from their kitchen gardens.