Support to Van Raut or the Raji Tribe of District Pithoragrh 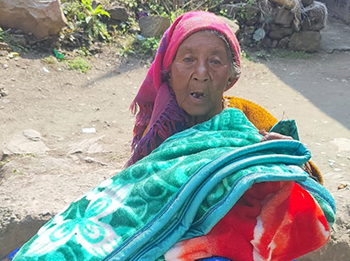 The life and struggle of adivasi’s all over the country have reflected on the art of living in harmony with nature. To understand them and their wisdom one must be endowed with a specific perspective, with an open mind and heart. Adivasi is an umbrella term for a heterogeneous set of ethnic and tribal groups considered as the aboriginal population of South Asia. The official name in India is termed as Schedule Tribe. As per census of 2011 the total percentage of tribal population in India is 8.2 %.

The Scheduled Tribe groups who were identified as more isolated from the wider community and who maintain a distinctive cultural identity have been categorised as 'Particularly Vulnerable Tribal Groups' (PVTGs) (previously known as Primitive Tribal Groups) by the Government at the Centre.

Change is inevitable and necessity of time. The pace of progress and process of mainstream socio-economical changes have impacted on the all-round (un)development of adivasi’s in the country as a whole. The State of Uttarakhand is housed with mainly 5 tribal groups – Jaunsari, Tharu, Bhotiya, Buksa and Raji, and together they constitute 0.16% of the total tribal population of India. Buksa and Raji come under the PVTG. Raji or Van Raut constitute 0.27% of the total population of the State. They are found in 3 districts, namely Pithoragarh, Champawat and Udham Singh Nagar.

Association for Rural Planning and Action (ARPAN), based in Askot, has been associated with the tribe since past 7-8 years, around their issues of Forest Rights, livelihood, dignity, exclusion and education. Raji habitation are in the remote, rugged hilly terrains of the three blocks of district Pithoragrh. Their inaccessibility and remoteness are a constraint to the development work and basic necessities in the villages. Some glimpses of work being done with, for and amongst the Van Raut’s with focus on women and children.

During the winter 2021-2022, support was extended to Raji tribe families.